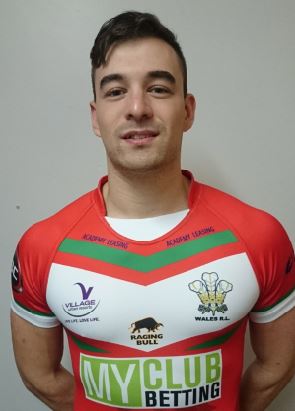 Owain Griffiths, one of the two sons of former Wales player and head coach Clive Griffiths, was actually selected by his father for the Wales Students side. He won his only Wales men's side cap in 2014 when he became Wales' 500th player. For Wales Students, he was a Four Nations winner in 2012 and helped Wales to the World Cup semi-finals a year later. Before that, he won five Wales U19 caps from 2008-10. Club-wise, he came through the Pilkington Recs and St Helens academies before playing 27 times for North Wales Crusaders in 2012-14 and scoring four tries. He had short spells with Hemel Stags, Whitehaven and Gloucestershire All Golds, playing three matches for each and scoring one try for Whitehaven.