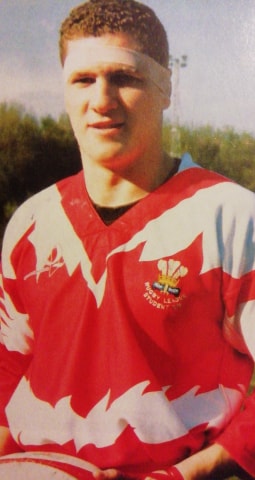 Gareth Davies started playing rugby league for the success for UWIC college side and then for Wales Students where he was captain in the first ever Four Nations campaign in 1994. He was selected for the Wales men's tour to USA in 1995 before being signed by Warrington as a semi-professional whilst also working as a PE teacher. In 1997, he switched to rugby union playing locally in the north west of England.