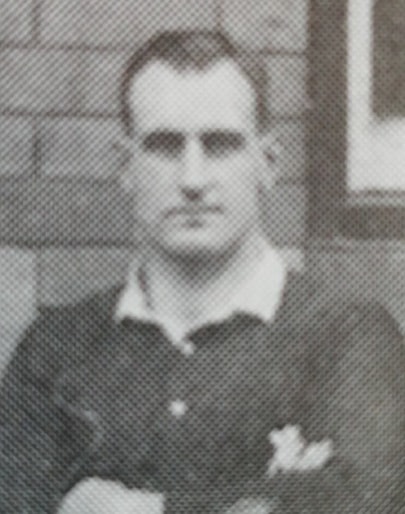 Wales' ninth captain, Joseph Francis Thompson led us just once, despite Jim Sullivan being in the side, against Australia in 1930. He was the first non-Welsh born player to captain Wales. He qualified for Wales through the residential rule, having lived in Cross Keys since infancy. He played the round-ball football until his late teens, but a short time after trying rugby union with local side Abercarn, he was in the Cross Keys RFC first team. While there, he won his one and only WRU cap, a defeat to England at Twickenham in January 1923. He signed for Leeds ten days later and within three months he was a Challenge Cup Final winner, kicking five goals in a 28-3 defeat of Hull in Wakefield (pre-Wembley days). By 1932, he was Leeds captain and led them to another Challenge Cup Final win. He also played in three Yorkshire Cup Final wins and featured in three successive tours for Great Britain, in 1924, 1928 and 1932. On each of Thompson's three tours Britain came home with The Ashes. He made 390 appearances during a 10-year Leeds career, scoring a then-record 1,883 points from 862 goals and 53 tries. Only Kevin Sinfield and Lewis Jones have kicked more goals for Leeds and by 2020, he still held third place on the club’s list of all-time points scorers. He was made a life member of the club when he retired in 1933. After his playing days he worked as a labourer building Headingley’s new South and North Stands, and also had a spell as the Leeds' trainer-coach. He was inducted into Rhinos’ hall of fame in 2018. He died in Leeds on October 13 1983, aged 80. In 2020, he was named as the ninth best Leeds player of all time in the Yorkshire Evening Post.