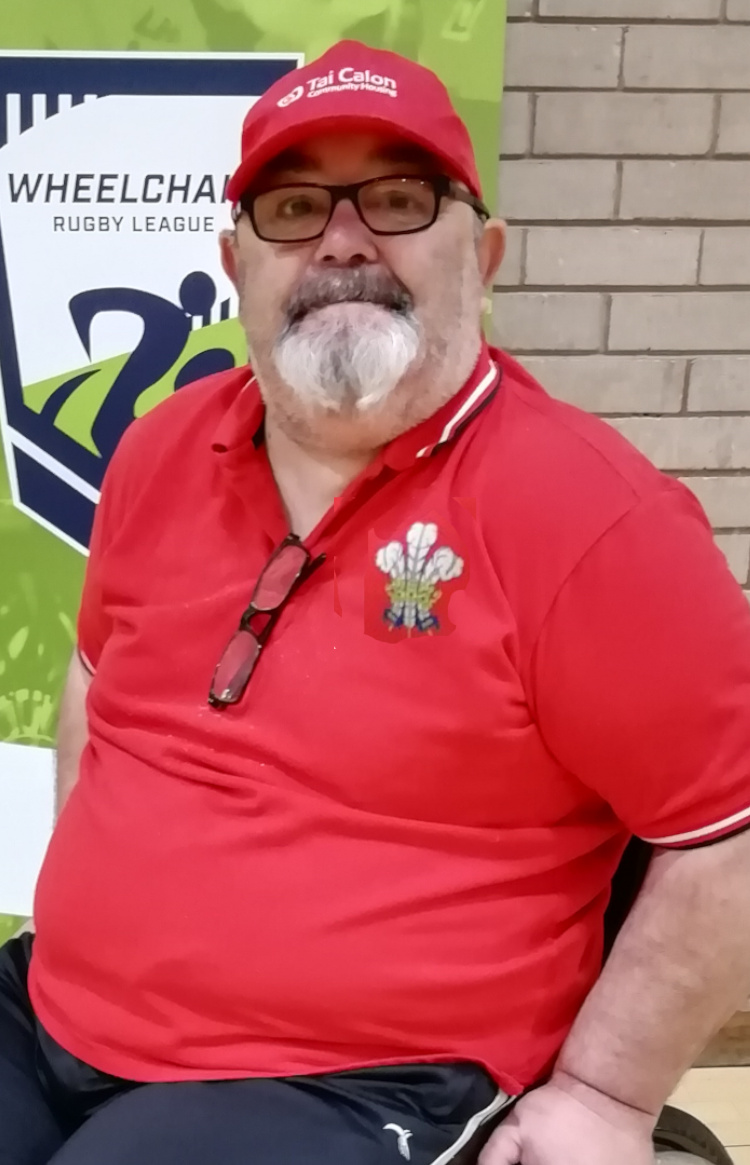 Lyndon Price first became involved with the Welsh Wheelchair side in 2018 as assistant coach. He was appointed as head coach of Torfaen Tigers' new Wheelchair side in 2020. His coaching journey began as an “upright” in Sheffield when he was part of the team for the Hillsborough Hawks u18 side as both of his sons played for the club, and his daughter cooked the post-match meals. He then became a Wheelchair RL coach after being inspired by three incredible coaches in the INVICTUS teams after being part of the 2014 squad, Paul Jenkins, Mike Spence and Scott Wallace. This led to him coaching Hereford Harriers from its inception, and now delighted to have helped establish the Torfaen Tigers Wheelchair team.