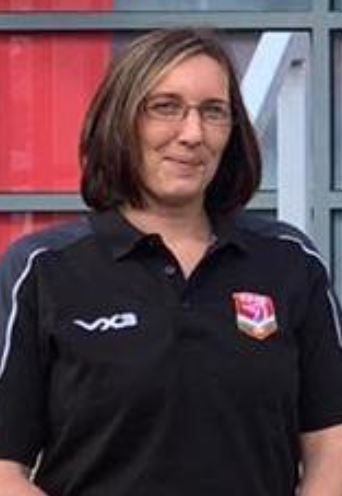 In 2020, Alana Sargent made history for the third time after being appointed the first ever Head of Wheelchair Rugby League Match Officials for Wales Rugby League. She was appointed head coach of the Wales Wheelchair side in 2014, after a spell in charge of Swindon St George, becoming WRL’s first ever female head coach. After ten matches in charge, which included coaching Wales to the first of their four consecutive Celtic Cup titles, she handed over the reins to Steve Jones. However her involvement in the sport continued as a match official, where she became one of the first three females to officiate in an RFL Wheelchair Final, taking her place as a goal-line referee in both games of the double header 2019 Wheelchair Challenge Plate Final and Wheelchair Challenge Cup Final. Two of the other officials in both of those matches were also female.