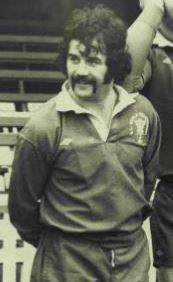 Dai Watkins is known as one of the greatest rugby players of all time. He was the only player to captain Wales and Great Britain in both rugby codes, winning six British RL caps and 16 for Wales. His 147 tries and 1225 goals for Salford is a club record. After he'd stopped playing, Watkins coached rugby league. He coached Wales to a win over England in 1977 before being given the Great Britain coaching job in 1977, taking them to that year's World Cup Final, which they lost by one point to the hosts, Australia. He also coached in Wales with Cardiff City Blue Dragons and during that time, was head coach of Wales once again for the final two games before our seven-year hiatus.